Recognising exceptional work in support of the COVID 19 national effort.

If you would like to nominate an individual for a national honour in recognition of their exceptional work in support of the COVID 19 response then please go this link.

The Cabinet Office has put in place an accelerated procedure for COVID 19 honours that has simplified the process and does not require other letters of support; but please follow the instructions at their website carefully. We would also strongly recommend you scan the 8 top tips on how to write a nomination explained further down this page before starting the application process. In particular, capturing the evidence and impact of the exceptional nature of someone’s contribution will be key to success as there are likely to be a very high level of strong candidates nationally. If you wish to nominate someone for an honour that is NOT COVID 19 related then please follow the procedure and advice on the rest of the page.

An Honour is a distinctive way of acknowledging someone’s impact on UK life and recognising that they have achieved something very special and given service above and beyond what would normally be expected of them.

They will usually have made life better for other people or been outstanding at what they do.

Across Devon there are very many people from all walks of life who meet those criteria; you may well know someone who does.

It’s very easy to nominate someone and this part of the website will help you do it. 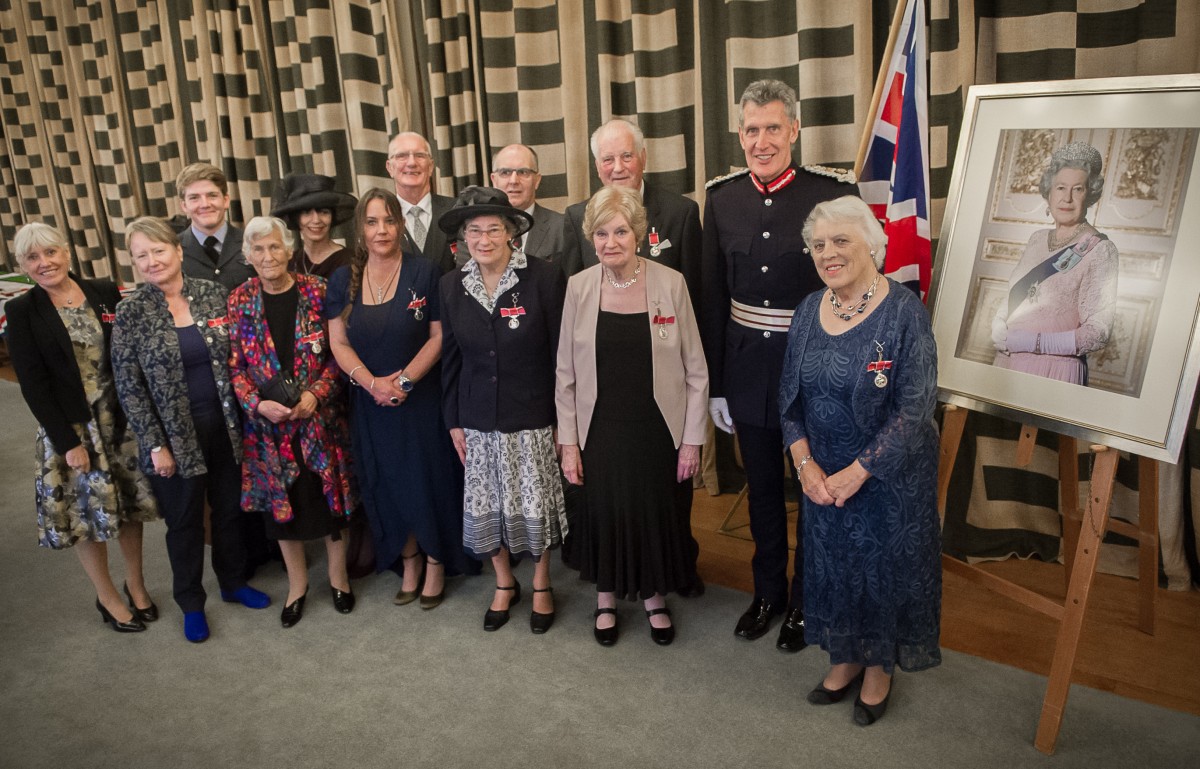 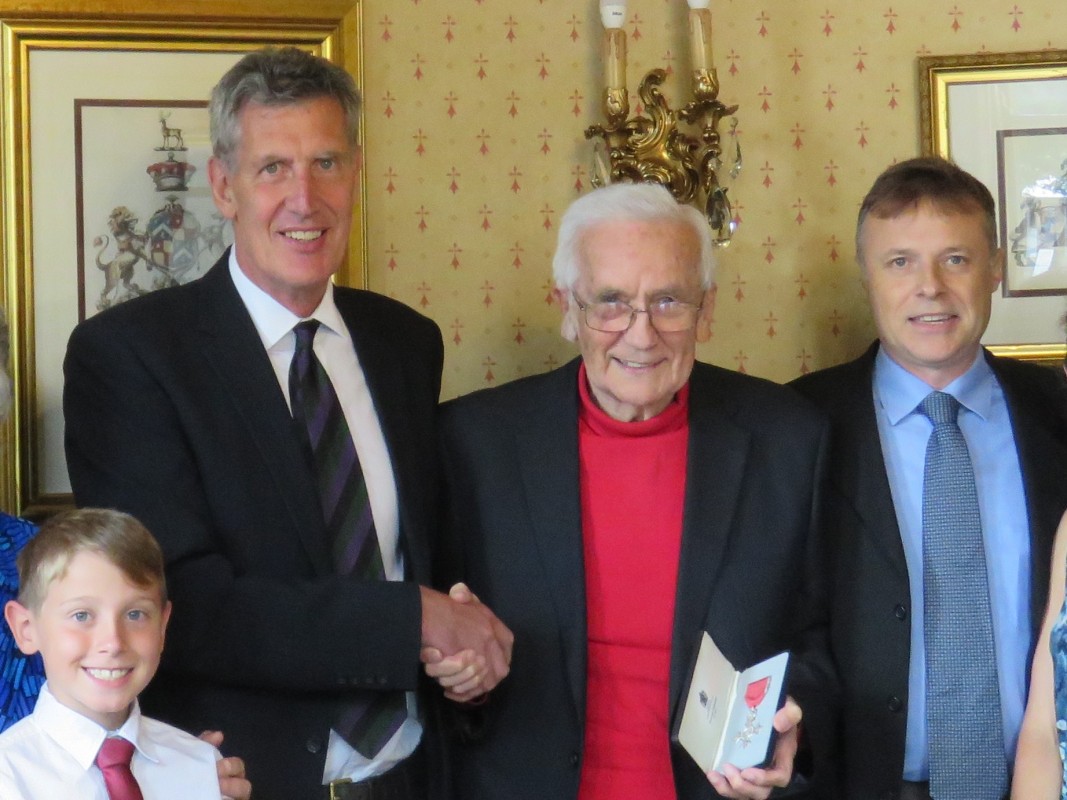 Who are national honours for?

Honours are for individuals from all walks of life who have achieved something very special. This might be at a national level or maybe for those who are well respected by local people and will have made a difference in their neighbourhood. Over half of all awards go to people who are putting something extra into the community on a voluntary basis.

Honours are given to people involved in many different fields including:

What levels of Honours are there?

When writing a nomination you don’t need to say what level of award you are aiming at – this is decided by the Cabinet Office Committees when they read the nomination letters.

But as a guide the National Honours are: 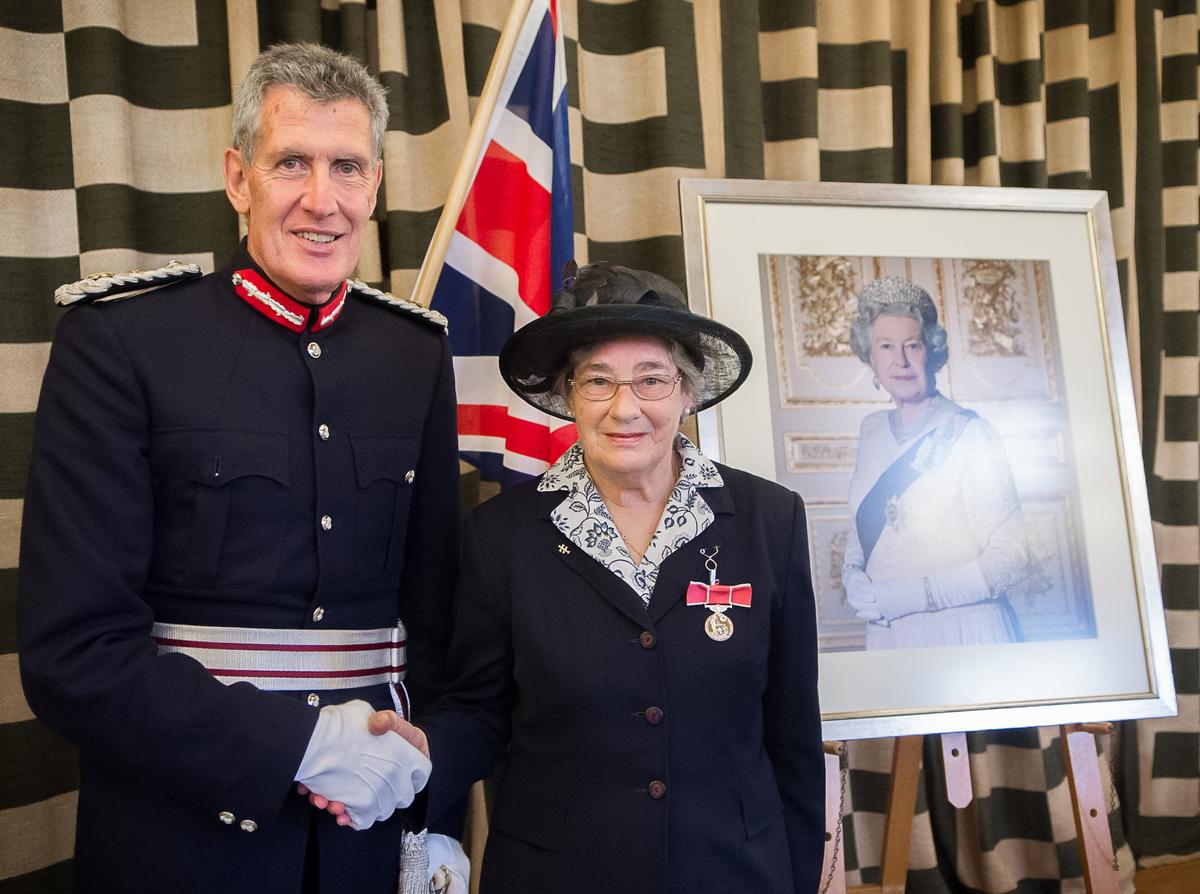 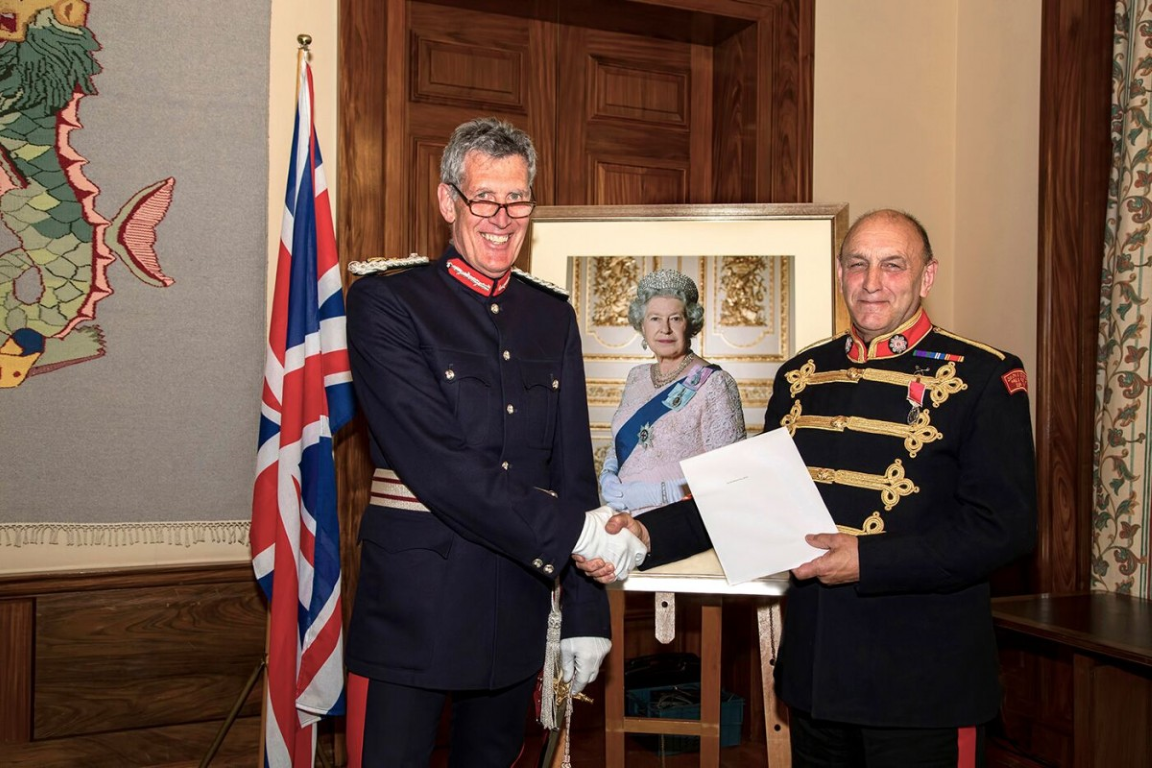 who gets an Honour?

The nomination is assessed by one of nine specialist committees, all independently chaired, using guidelines set out by the Prime Minister. In Devon – as elsewhere in the country – the Lieutenancy is often asked to conduct local Due Diligence checks in support of the process. The nomination is then sent to the main honours committee, which is chaired by the Secretary of the Cabinet. Names, with the recommended level of honour, are then put forward to The Queen.

All nominations for honours are treated in the strictest confidence. It’s really important that the person being nominated should not be told as it wouldn’t be fair to raise expectations in case they are not met: about 1,100 honours are awarded on each occasion, twice a year, and there are many thousands of nominations received, so competition is stiff.

How long does it take

between nomination and an honour being given?

Honours Lists are published in the New Year and on Her Majesty’s Birthday.

You can check published Lists (in the national newsletters, the London Gazette or on the honours website) to see if your candidate has been successful.

If, after three years, you have heard nothing you can usually assume that the nomination has been unsuccessful and has lapsed. However on occasions they can take longer than this.

You can re-nominate, but this is not likely to be successful unless the person you have nominated has had additional achievements. 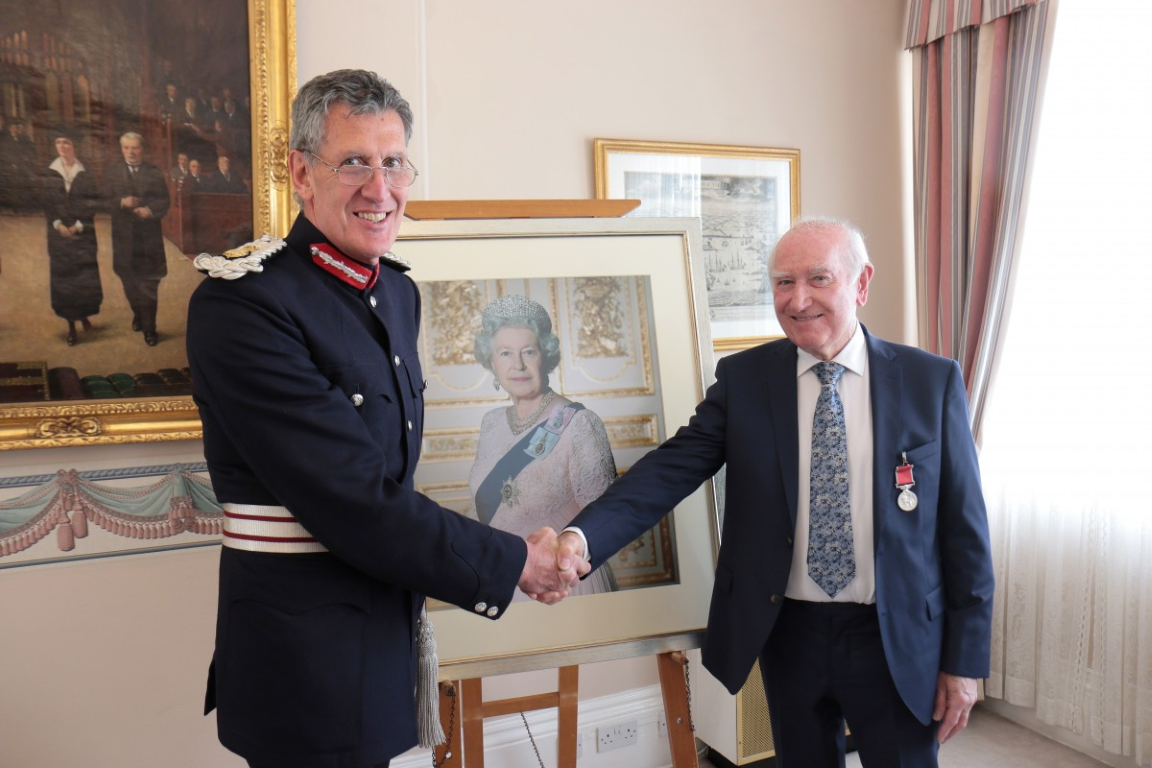 So, how do I make a nomination?

It’s quite simple. You can make a nomination on line or in writing. If you click on the link below it will take you straight to the website where you can find full details of the honours system, all the forms, and a step by step guide: https://www.gov.uk/honours

You can also write for information and a form to:

There is also a step by step video guide here:

Are letters of support required?

Yes. At least two letters of support are expected and should be from others who have personal knowledge of the candidate.

Ask for letters that:

When must nominations be sent in?

There are no deadlines for nomination forms but the process is likely to take at least 12 to 18 months.

Nominations should be made while the candidate is still active and, if possible, at least 12 months before he or she is expected to retire or stand down. 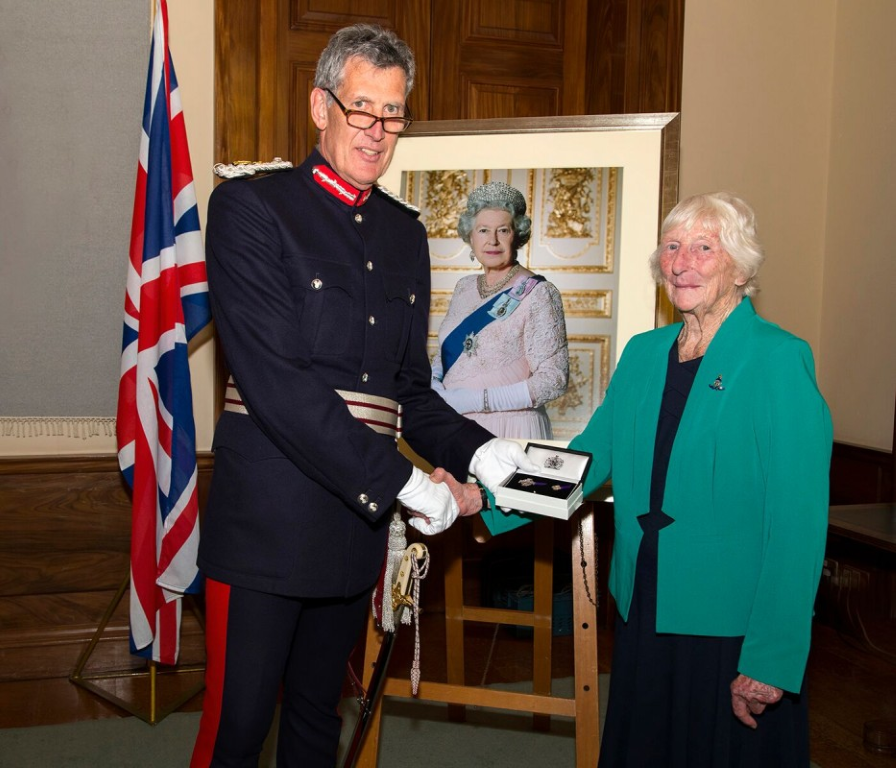 “Top Tips” when making a nomination?

In the end it is the quality of the case that will determine if a nomination is successful, but the following tips may be helpful:

The most important thing is to provide evidence of what your candidate has done and how they’ve improved matters for others. Tell the story of what has changed because of your candidate (Impact) and put it into context for a reader who won’t necessarily have detailed knowledge of the subject.

Do please consider taking just a little time to nominate someone if you believe they deserve recognition. The process is easy to do and can be a really wonderful way of marking the contribution someone has made. The Lieutenancy Office can help with further advice if you would like it.

Geoffrey Bernard PRESTON – For services to Stucco and Plastering (Devon)

Mrs Claire TWITCHIN – For services to the community in Teignmouth, Devon particularly during
Covid-19 (Devon)

Medallists of the Order of the British Empire

Mrs Claire Louise AUSTIN – For services to the community in Exmouth, Devon during Covid-19 (Devon)

Mrs Elaine Edna CAWTHRAW – For services to the community in Bishopsteignton, Devon during Covid-
19 (Devon)

Mr David Nicholas COX – For services to the community in Teignbridge, Devon during Covid-19 (Devon)

Mrs Andrea HURREN – For services to the community in Broadclyst, Exeter during Covid-19 (Devon)

Mr Trevor STAVELEY – Co-ordinator, Torbay Street Pastors. For services to Vulnerable People and
to the promotion of Safer Streets in Torbay, Devon.(Devon