As Her Majesty’s Lord-Lieutenant of Devon and her personal representative in the County, I am keen that we give thanks for and celebrate the individuals, diverse businesses and organisations that make this county a better place.

The Devon Lieutenancy is the link between the monarchy and the County and we hope within these pages you can find any information you need about our work.

This website explains who we are, what we do and how we can help you and also tells you how to contact us about exciting new projects, companies, ideas and those people and organisations that deserve recognition particularly but not exclusively, volunteers.

How We Can Help You

Let us know if you would like to nominate someone for a National Honour, Queens Award or for an invitation to a Royal Garden Party.

Making a nomination is not difficult and we can give advice and guidance if you need it.

We can also advise on Royal Visits and birthday and anniversary messages and protocol matters.

In Devon we are lucky enough to host members of the Royal Family on visits to the County, several times throughout the year. These visits bring attention to great things which are happening in the County and the feedback is always very positive, recognising the efforts made by the Royal Visitor, the benefits to the host organisation and the joy that the visit brings to those involved and members of the public.

Each year Her Majesty The Queen makes awards to both groups and businesses.

These awards are for both voluntary groups and businesses which excel in the field in which they work.

Each year Her Majesty holds 3 garden parties at Buckingham Palace and as her representative in the County HM Lord-Lieutenant is given an allocation of 50 places for those who do special things to help others.

He also prioritises nominations sent in from around the County by people like you for those going over and above what might normally be expected of them.

Click here to find the nomination form and guidance

Deputy Lieutenant of Devon Admiral Sir Mark Stanhope welcomed Her Royal Highness The Princess Royal to Britannia Royal Naval College to take the salute at a passing-out parade in Dartmouth, The Princess Royal was invited to inspect the passing out classes during her... 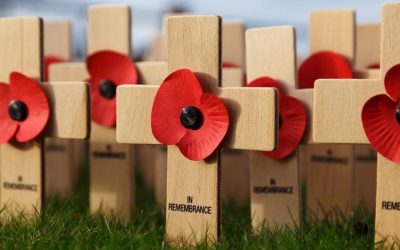 Deputy Lieutenant of Devon Admiral Sir Mark Stanhope welcomed Her Royal Highness The Princess Royal to Britannia Royal Naval College to take the salute at a passing-out parade in Dartmouth, The Princess Royal was invited to inspect the passing out classes during her...

307 Squadron Project are pleased to invite you to join them for a series of unique online events on Sunday 15th November 2020 However, due to Covid-19 the annual exhibition at Exeter Guildhall has been cancelled, but the Polish flag will still be raised over the city...