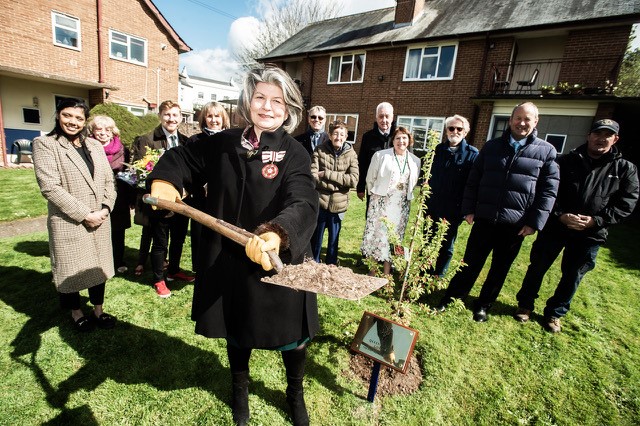 Local charity, Exeter Homes Trust, celebrated the Queen’s Platinum Jubilee this week by taking part in The Queen’s Green Canopy initiative and unveiling a commemorative plaque at one of the Almshouse properties.Exeter Homes Trust, formerly known as The Exeter Municipal Charity, was founded over 900 years ago. Providing housing for people, who are unable to remain in their own homes by reason of reduced circumstances, the Charity owns and manages 143 Almshouses in the city, at 8 estates. A board of 10 directors governs Exeter Homes Trust.The Exeter-based charity paid homage to the monarch’s historic milestone this week by planting a tree at their property, Hurst Trumps Almshouses, located on Fairpark Road in Exeter. The Queen’s Green Canopy is a unique tree planting initiative created to mark Her Majesty’s Platinum Jubilee in 2022 by inviting people and organisations from across the United Kingdom to “Plant a Tree for the Jubilee”.   Exeter Homes Trust also erected an inscribed plaque, adjacent to the tree at Hurst Trumps Almshouses, to immortalise the momentous event, which marks The Queen’s 70 years of service on the throne.

Devon Deputy Lieutenant Deborah Hallett and the Lord Mayor of Exeter, Councillor Trish Oliver joined Exeter Homes Trust residents, including Chairman of the Charity’s Board, Roger Panter, to unveil the commemorative plaque and the tree. 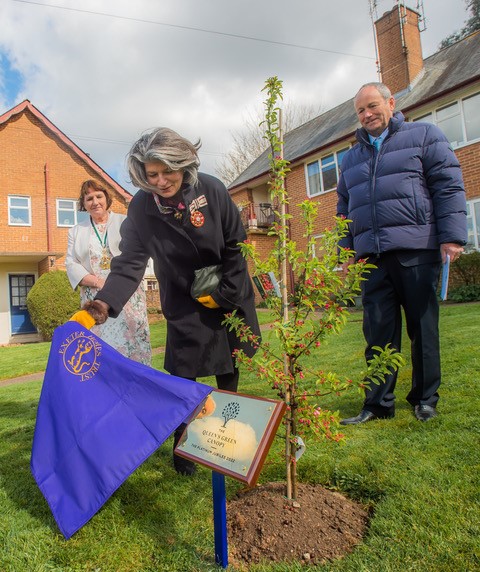