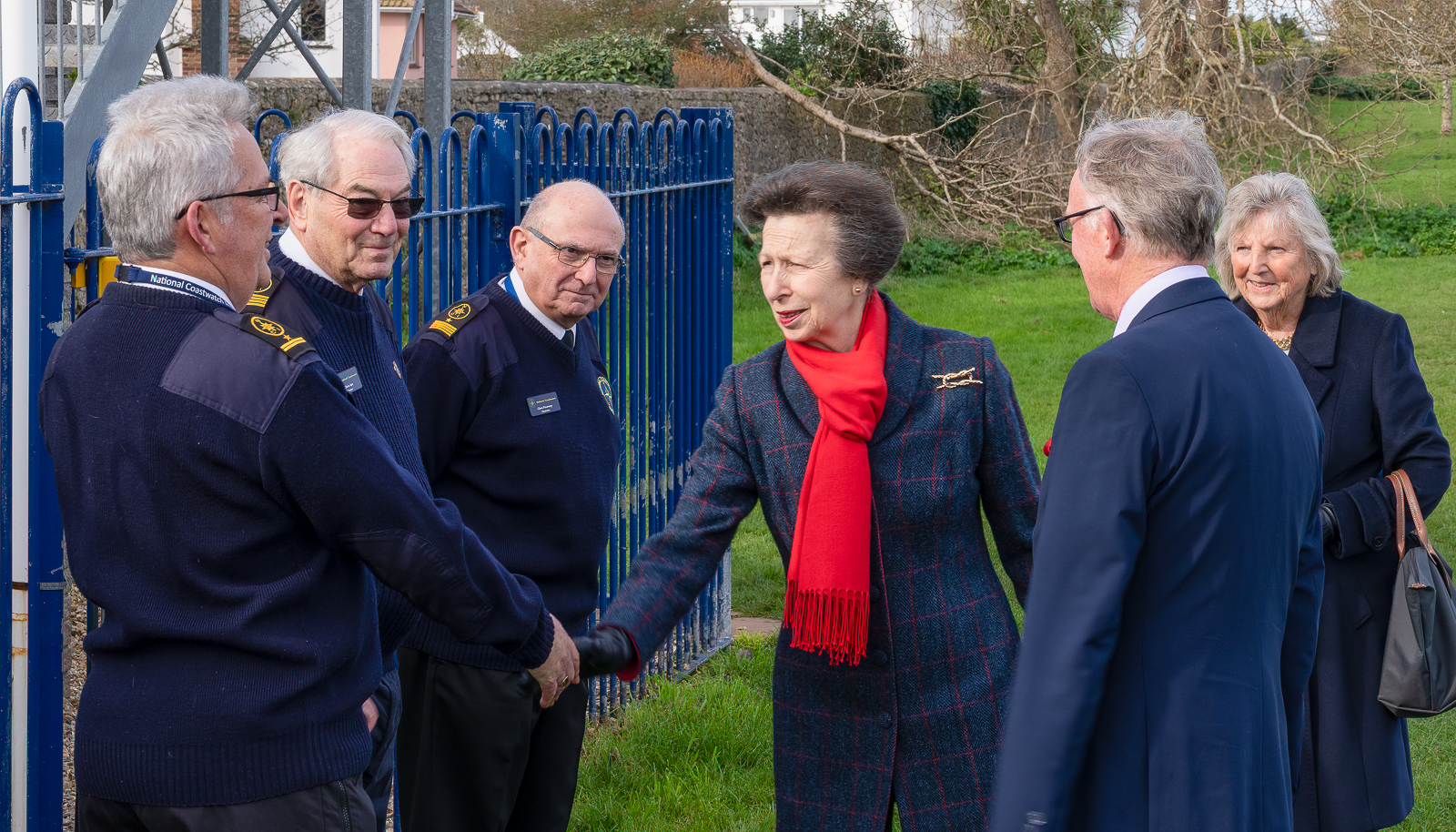 The National Coastwatch Institution station at Torbay welcomed their Royal Patron, HRH The Princess Royal who visited the station on the 10th February.

Her Royal Highness was accompanied to the Lookout where she met the on-duty watchkeepers, received a comprehensive briefing on watchkeeping life at the tower and took in the commanding view of an area of sea and coastline that in terms of incidents involving NCI Torbay, HM Coastguard and local Search and Rescue assets, is one of the busiest in the UK.

Her Royal Highness was then escorted to NCI Torbay’s Visitors’ Centre, where she met senior members of NCI Torbay before graciously presenting a Long Service Award to Senior Watchkeeper Brian Pinnigar and a Special Service Award to former Station Manager Andy Milner.

Her Royal Highness then proceeded to a reception held at the Royal Torbay Yacht Club where further members of NCI Torbay were presented, along with officers from the other four NCI Devon stations, HM Coastguard Rescue Team, RNLI Torbay and local supporters.

Before leaving, Her Royal Highness graciously unveiled a plaque commemorating her visit to NCI Torbay. 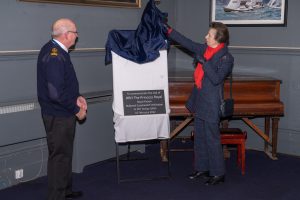 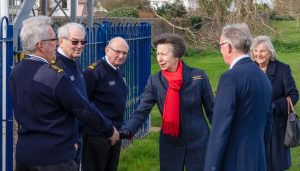