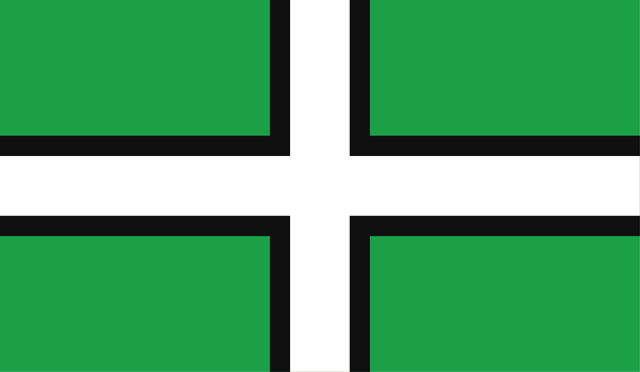 Saint Petroc was a 6th century Celtic saint significant in the county, to whom the Devon flag is dedicated. 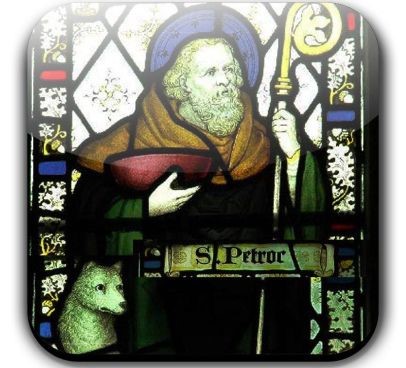 Saint Petroc was a British prince and Christian saint. Believed to be a son of a Welsh king named Glywys, it is related that on his father’s death, he was offered the crown of part of the kingdom, but opted instead to study for a religious life and travelled to Ireland, where he reportedly stayed some twenty years. Upon his return he landed in Cornwall and spent thirty years in Padstow, founding his monastery there in the 6th century. The town is named for him, Pedroc-stowe, meaning ‘Petrock’s Place’.
Responsible for founding a number of churches and monasteries right across the south-west, several important clusters are found around Barnstaple in north Devon and the Devon villages of Petrockstowe and Newton St Petroc are named for him. Petroc was also strongly associated with Exeter, for most of its history the most important, richest and most pious city in all of Devon. His association with these important towns in the county established his firm presence in Devon’s heritage. There are dedications to him at several key churches in the county and a strong focus on his cult around Torridge, north-west Devon, along the Cornish border.
The pioneering force behind the flag, the Devon Flag Group, suggested several significant county dates when the flag might be raised, primarily the Feast Day of Saint Petroc’s, June 4th and this date has since been acknowledged and commemorated by Devon residents as Devon Day and the county flag is seen below