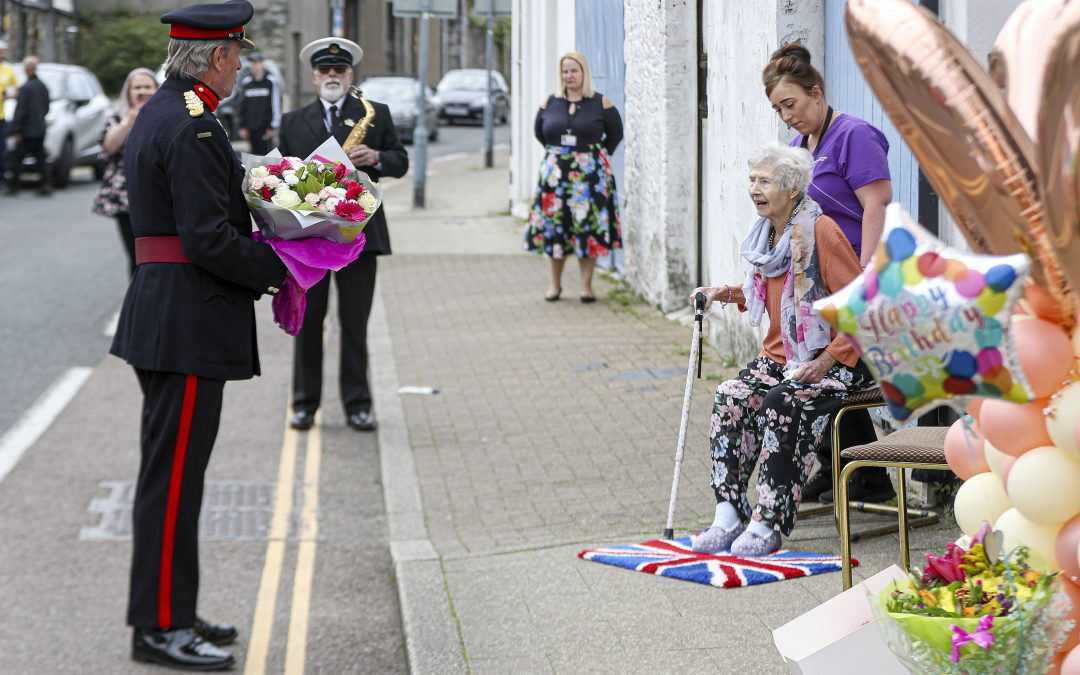 An all-round Plymouth legend who has left her mark on military life turns 100 today – and the Royal Navy has stepped in to ensure she gets the occasion she thoroughly deserves.
Military lover Joyce Bedford has had a tough time in lockdown and has been in mourning after her daughter Barbara died from the coronavirus.
But the armed forces are stepping up to the plate and turning up to her front door in Stonehouse to sing her happy birthday.
Leading the memorable occasion will be Deputy Lieutenant of Devon, Brigadier Simon Young CBE.