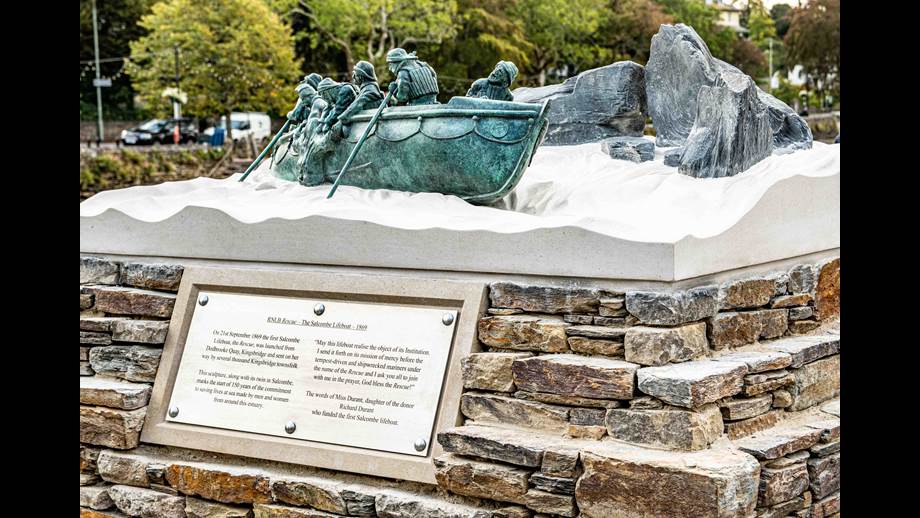 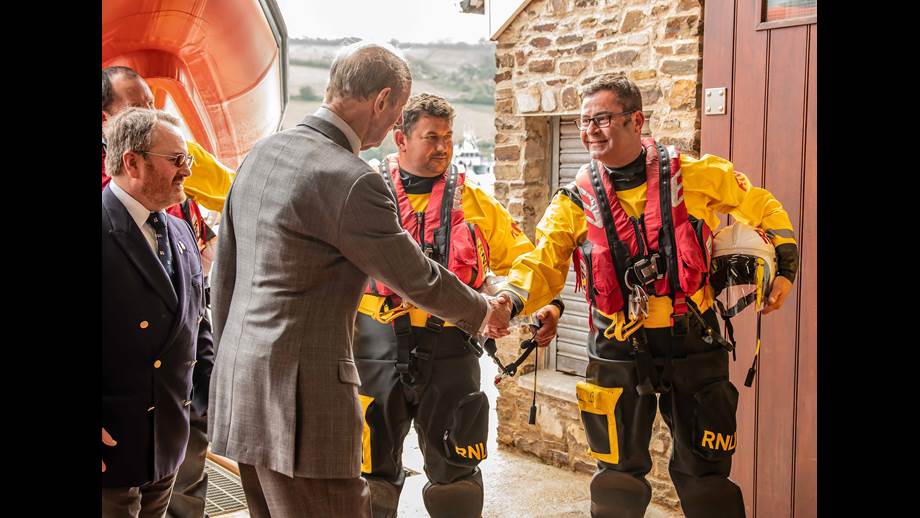 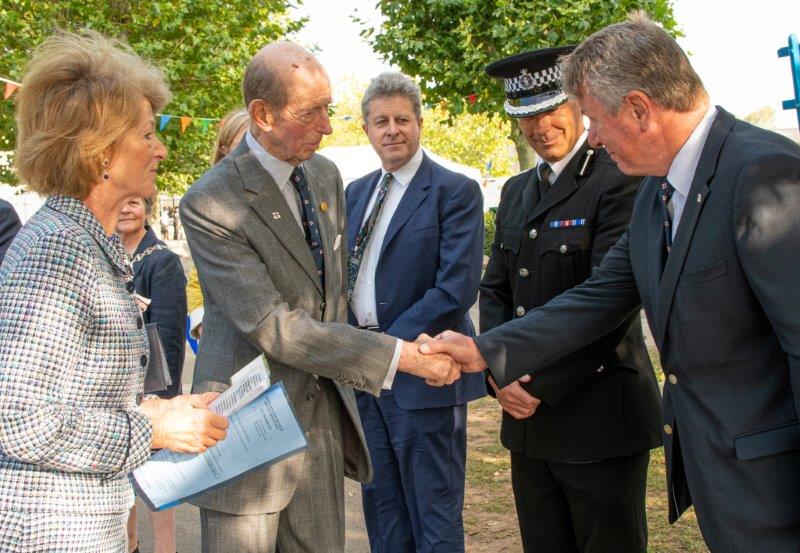 Bruce Williams is presented to HRH by Lady Arran 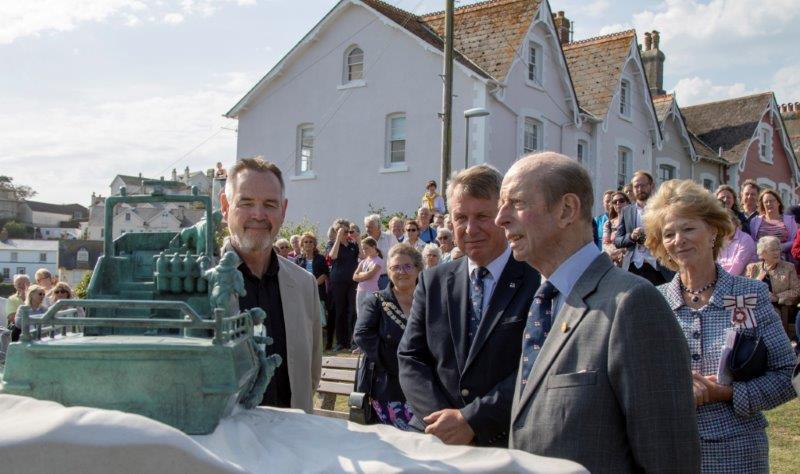 unveiling the RNLI sculpture in Salcombe

On the 21st September, the actual 150th birthday of the RNLI in Salcombe, Salcombe and Kingsbridge were honoured with a visit from His Royal Highness the Duke of Kent during the 50th year of his presidency of the RNLI.
His Royal Highness accompanied by The Rt Hon The Countess of Arran (Vice Lord-Lieutenant) unveiled two sculptures, by sculptor Jim Martin, the first in Kingsbridge depicting the very first Salcombe lifeboat, the Rescue, which was launched from Dodbrooke Quay in Kingsbridge 150 years ago; the second in Salcombe depicting the current Salcombe Lifeboat The Baltic Exchange III.
The Duke was invited onboard Salcombe’s all-weather lifeboat, The Baltic Exchange III, from which he reviewed a fleet of old and new lifeboats with HMS Magpie heading the fleet that also included a rowing gig, Salcombe Yacht Club cadets in safety boats and a number of private launches and yachts.