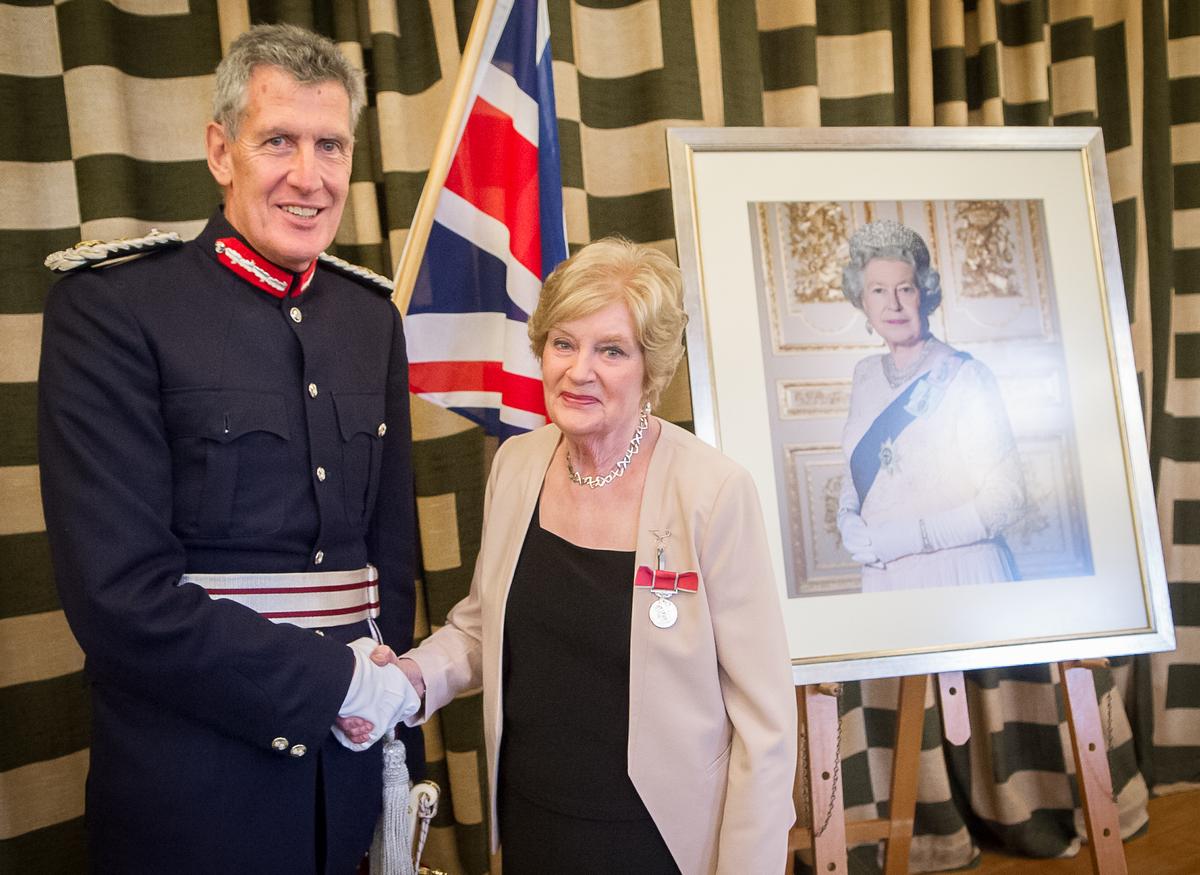 Twelve community champions and two volunteer groups, all from Devon, received their Royal honours at a double awards ceremony on Friday 12 October.

Representatives from the two volunteer groups were presented with the Queen’s Award for Voluntary Service in 2018 at a investiture at County Hall in Exeter.

The award, the highest given each year to volunteer groups, sets the benchmark for excellence in volunteering and is equivalent in status to the MBE.

It recognises and celebrates outstanding achievement by groups of volunteers who regularly devote their time to helping and providing opportunities for others in the community.

The twelve community champions were also presented with their British Empire Medals (BEM) at the same ceremony.

All the awards are part of Her Majesty The Queen’s Birthday Honours List for Devon 2018 and will be presented by Her Majesty’s Lord-Lieutenant of Devon, the Queen’s personal representative in the county.

Recipients of the Queen’s Award for Voluntary Service:

Recipients of the British Empire Medal:

“I was delighted to present The Queen’s Award for Voluntary Service and the British Empire Medal to these worthy recipients.

“These groups and individuals have stood up and made a real difference by going above and beyond in their profession for the benefit of the community or by devoting their time and volunteering to improving the quality of people’s lives.

“All those who are receiving their honours today thoroughly deserve to have their achievements and hard work recognised nationally.”