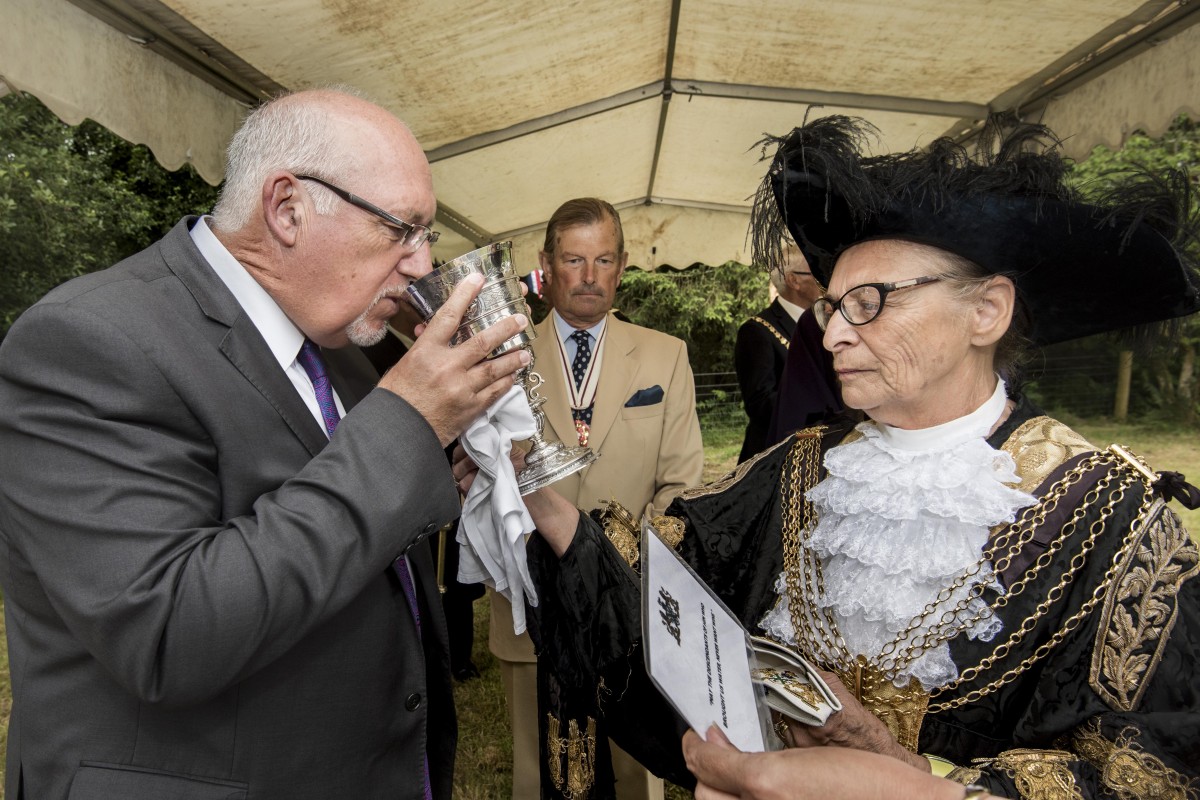 The Lord Mayor of Plymouth Wendy Foster and the Deputy Lieutenant of Devon Brigadier Simon Young CBE, were among the civic dignitaries and guests who were gathered to mark the Traditional Survey of the Waterworks and Fishing Feast at Burrator Reservoir, near Plymouth, on Saturday (15 July 2017).

The ceremony, believed to be one of the oldest in the UK, celebrates Sir Francis Drake’s role in first bringing a reliable water supply to Plymouth in the 16th Century. The annual event is organised and hosted jointly by Plymouth City Council and South West Water.

During the ceremony at the head weir, a goblet filled with water was handed to Dr Stephen Bird, Managing Director of South West Water. The goblet was then presented to the Lord Mayor, Councillor Wendy Foster who proposed a toast “To the Pious Memory of Sir Francis Drake.”

Passing the cup from one to another, each guest took a drink and repeated the same words. Another goblet was then presented to Tracy Lee, the Chief Executive of Plymouth City Council, who drank the toast “May the Descendants of him who brought us Water never want Wine.”

The goblets used during used during the ceremony – known as “loving cups” – date from the 16th and 17th Centuries.

Stephen Bird, Managing Director of South West Water, said: “This historic tradition, which dates back over 300 years, gives us the opportunity to celebrate the past, present and future of Plymouth, its water supply and its reputation as a centre of enterprise and ingenuity.

“We are proud to play our part in ensuring that Plymouth continues to be known for its resourcefulness. The new Mayflower Water Treatment Works we are building north of the city will be the first of its kind in the UK, using state of the art treatment processes with fewer chemicals and energy.”

Councillor Foster, Lord Mayor Of Plymouth said: “We are very proud of Plymouth’s rich heritage and links with Sir Francis Drake and this annual event gives us a chance to recognise his important role in bringing fresh water to the people of Plymouth. As Britain’s Ocean City, here in Plymouth we are well aware of what a vital natural resource is to our health, wellbeing and to our local economy as a whole.”