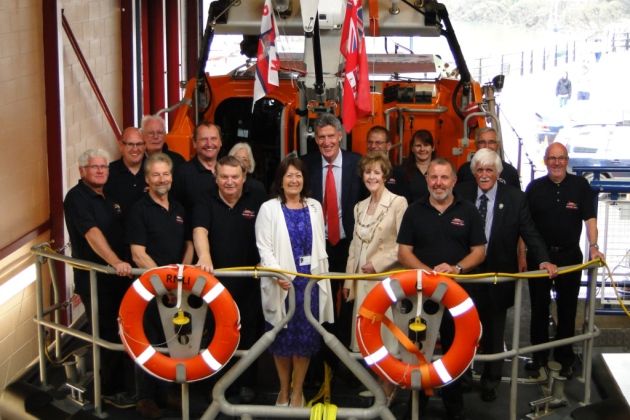 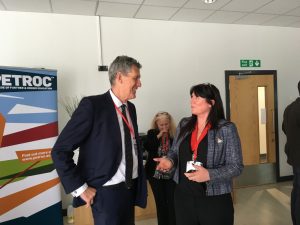 Meeting the people at  Petroc’s 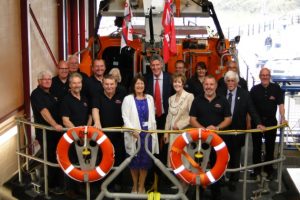 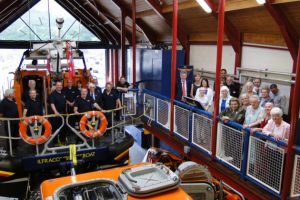 The Lord Lieutenant of Devon met up with some of North Devon’s unsung community heroes during a trip to Ilfracombe today (Wednesday).

David Fursdon and his wife Catriona visited Ilfracombe Lifeboat Station to meet members of the RNLI plus around two dozen volunteers from across the region.

The visit was at the invitation of former North Devon Council chairman Jacquie Flynn. The Lord Lieutenant is the Queen’s representative in Devon.

Earlier in the day the Fursdons visited Calvert Trust Exmoor and Lee Abbey. 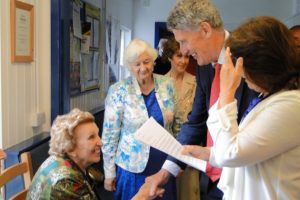 Mr Fursdon said there had been two reasons for the trip today: “Firstly to understand more about North Devon and the life up here, as part of my responsibility for all the people in Devon,” he said.

“Secondly, just to engage with volunteers and to thank the people that make communities work. It’s absolutely fantastic; the number of hours of voluntary work done by the people I have met is quite phenomenal.

“It’s also been a real opportunity to understand the lifeboat and to meet the crew, who are a real example of volunteering.”

Mrs Flynn added: “It’s been lovely to invite so many members of our community who do such good work but don’t often get spoken about – they are the unsung heroes of North Devon. 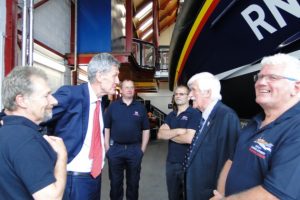 Mr Fursdon met several RNLI members from the boat and shore crew as well as fundraisers.

Also in attendance were Brenda Rollingson of Rosebank Day Centre, Graham Ashelford and Philip Porter of Jigsaw and Nigel Cox and Nigel McCowen-Smith of the Abbey Gateway Club.

Anna Allsford from Combe Martin is 90 but still does a voluntary community hospital run for those who can’t get to appointments.