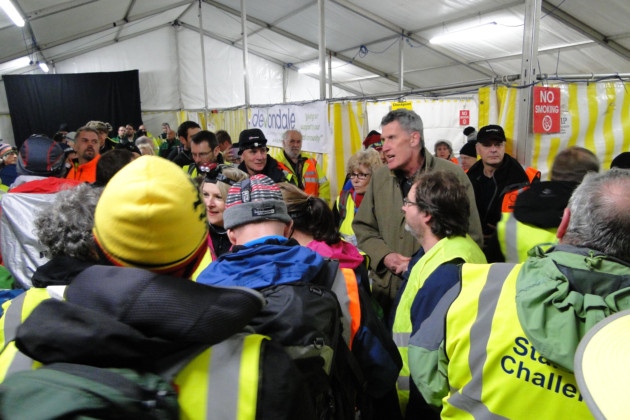 The night time charity walk on Exmoor was this year based at Hunters Inn near Parracombe.

It saw hundreds of walkers set off into the darkness to take on an orienteering challenge of 16 or eight miles along a route that took them on roads and cross country.

The walkers were set off by the Lord Lieutenant of Devon, David Fursdon and his wife Catriona.

As ever, North Devon Hospice and Children’s Hospice South West were the beneficiaries, with Devon Air Ambulance as the third chosen charity.

It is organised by both Ilfracombe Rotary clubs and StarTrek chairman Paul Williams said an estimated £35,000 had been raised this year.

He added: “All of the volunteers – more than 100 of them – did a sterling job in supporting the event. The walkers were phenomenal completing the course with determination and raising that amount of money for the charities.

“There was a real buzz at base camp with the Lord Lieutenant spending a great deal of time talking to volunteers and walkers. He toured the facilities as well as visiting two outer checkpoints showing a good interest in the event and the people. We are now looking forward to next years event.” 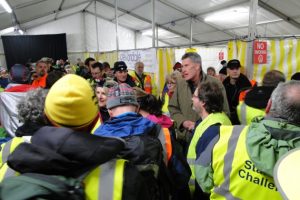