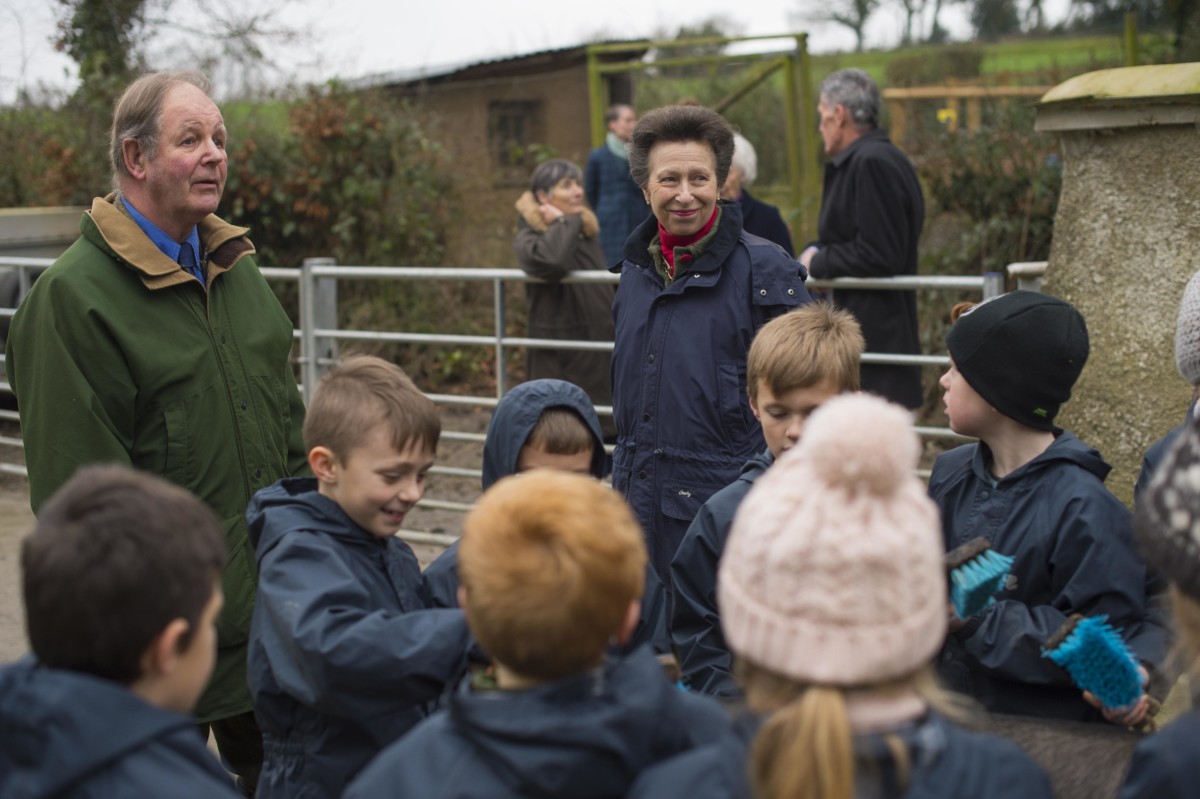 On Tuesday 17th January, HRH, The Princess Royal, visited Nethercott House to celebrate the 40th anniversary of Farms for City Children. Having arrived by helicopter, Princess Anne was greeted by the Lord Lieutenant and founders of the charity, Michael and Clare Morpurgo.

Princess Anne visited the piggery, the forest school and walled gardens where children from Lipson Vale Primary School in Plymouth were undertaking their farm work under supervision of the Nethercott staff.

Having seen the children working on the farm, Princess Anne was then introduced to CEO, Dr Tessa Stone, who introduced her to the Mayor of Hatherleigh, the trustees, the farming partners and alumni, teachers and children who had previously visited the farms. Finally, Princess Anne “opened” a bench to commemorate her visit and cut a cake which was enjoyed by the 80 or so attendees of the event.