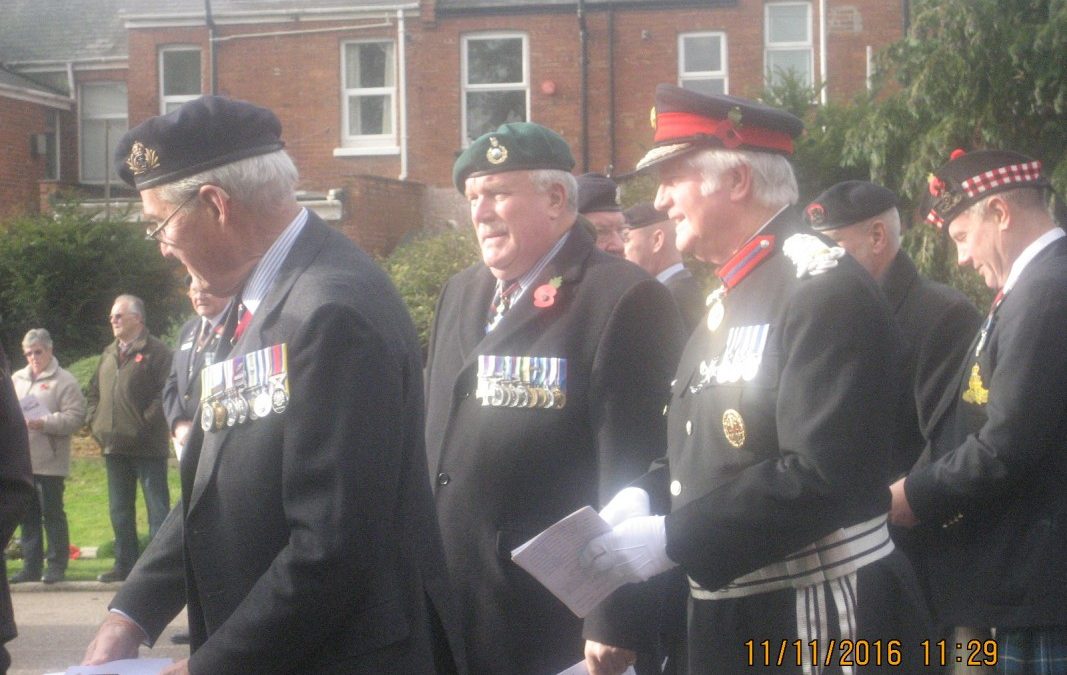 The Exeter Branch of the Royal Marines Association, held a Service of Remembrance on Armistice Day, Friday, November 11, at the Commonwealth War Graves, Higher Cemetery, off Hamlin Lane. Year six children from Ladysmith Junior School will lay poppy crosses on each of the 200-plus war graves, and members of the Royal Marines Band will provide the musical support during the service. Members of the public were invited to attend the service. The Lord Mayor (Cllr Cynthia Thompson) together with the Deputy Lieutenant of Devon (Sir John Evans QPM) and other civic and military dignitaries with a connection to Exeter attended.

Devon County Service of Remembrance was held on Remembrance Sunday at the County War Memorial in Cathedral Green and service in the Cathedral attended by HM Lord-Lieutenant, David Fursdon.

Exeter commemorated Remembrance Sunday with an open air service around the War Memorial in Northernhay Gardens this was attended by Wing Commander Brian Wills-Pope MBE Deputy Lieutenant RAFVR(T). The Standards as well as representatives from military, ex-service and civil associations were also in attendance, and all members of the public were welcome to attend.